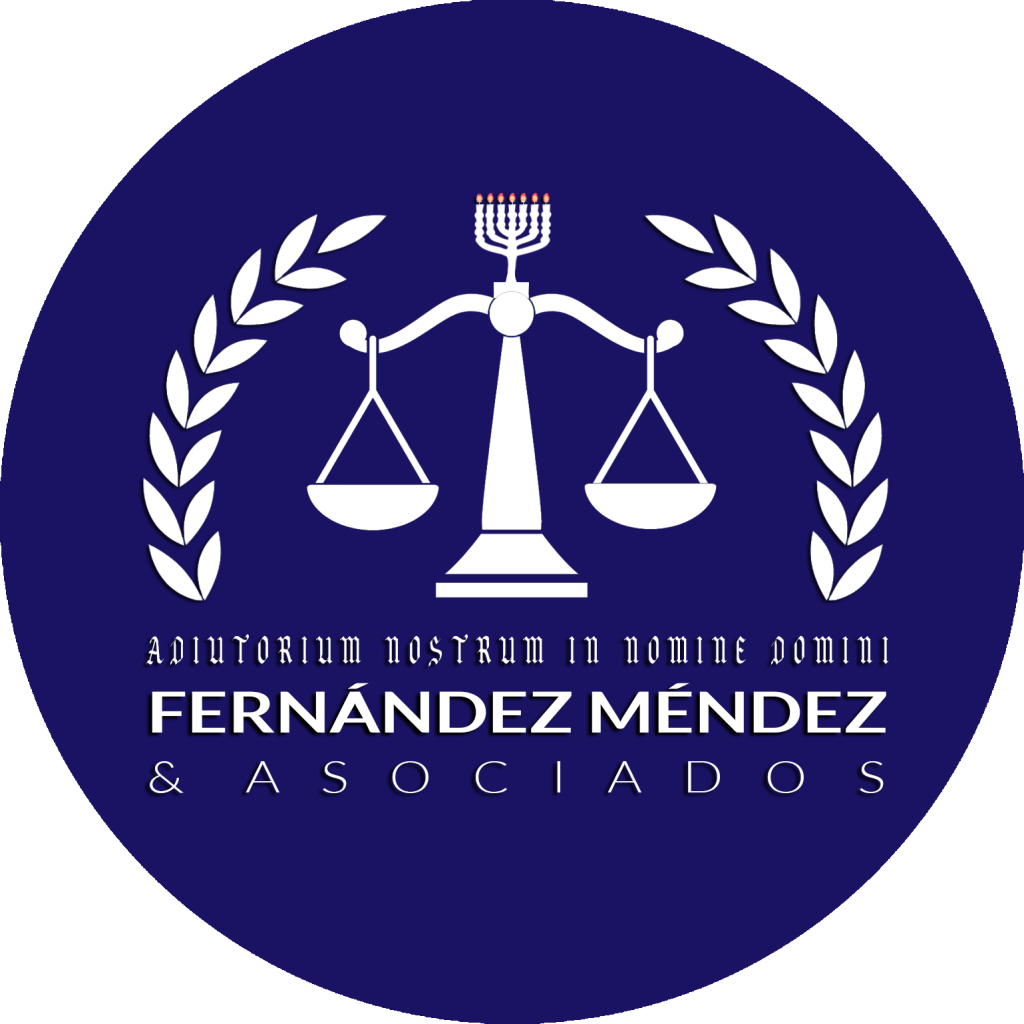 Innovation and threat of the internet of things 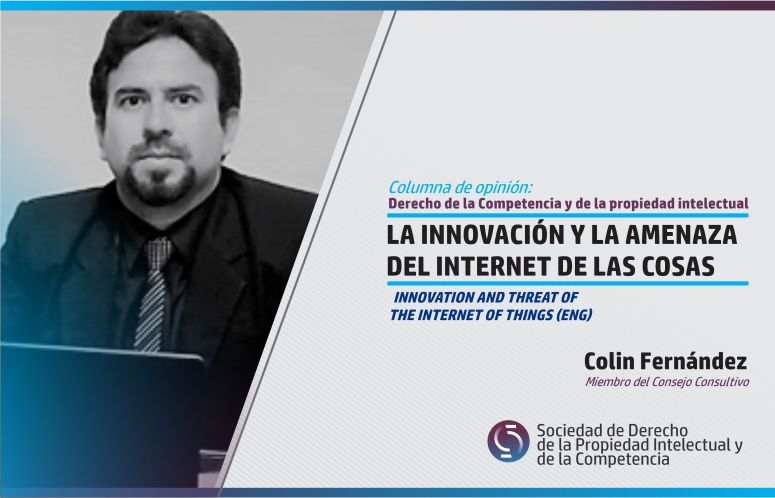 Innovation continues to track the path of our destiny, introducing novelties that in turn generate disruptive changes, especially in the modus vivendi of human beings. Situation, which poses challenges that seem to threaten to take control of things by their own inventors, but which in turn enrich the existential purpose of the human race, as the crown of creation.

While that is true the term innovation comes from the Latin word «innovatio» which means «to create something new.» However, its definition could not be better, after having suffered a studious and avant-garde expansion by the Germans Tobias Müller-Prothmann and Nora Dörr, in the book «Innovations-management», published in 2009, in which in an ingenious way, they use an apodictic equation in order to redefine the meaning of this term: Innovation = Ideas + Invention + Diffusión. Including its terminology an important additional component, and this referred to the unavoidable condition of its propagation, as a unique and particular form of expression, given that, without it, a real and authentic innovation could not be configured.

However, it goes without saying that it would be an inadequate application of the term innovation, if among its projected phases in equational definition, the last and most decisive one was omitted, referring precisely to its diffusion, since, when the thing created, previously conceived by an idea, which enjoys a novelty, it is dispensed with an aspirated market positioning through its disclosure; the only thing that results from this is to make the previously conceived invention or idea smaller, despite how new it may be. Its diffusion is the guarantee that this idea will produce innovation in its final recipient, that is to say in the individuals of a social group, that in some way or another will be those who are carried away by this arsenal of influences that is precisely exclusive of all innovation. If this is not the case, today we would not agree with the innovative influence that the creation of the Hungarian Ladislao Biro got, when he invented the pen, after being tired of having his fountain pen dirty his fingers and other parts of his clothing, especially the garment that covers the upper part of its back. Nor in this way would we be surprised at the revolution that caused the first magnifying lens, which was discovered, contrary to what many people imagine, more than 3000 years ago, known as the Nimrud lens and used by the Assyrians in order to have the first and closest sighting of the sky, whose innovation did not cease to be polished by time and by the coming cultures, such as that of the Egyptians, Chinese and Greeks, thus originating the commercialization of the first glasses around the year 1280 of our era, even triggering, as a result of this innovation, the invention of the first microscope in 1595, carried out by Zacharias Jansen, and the impulse to start reusing these in order to build one of the first telescopes by the Galileo Galilei himself, until the summer of 1609 to start from the beginning of 1610 with his most outstanding discoveries that would change the course of astronomy.

And what we are citing innovations, prior to the technological era of today we know, with its highly advanced media compared to those of the past, and that of course this is done on purpose, in order to retrace that idea a bit obtuse, by the way, of some that automatically, tend to relate the word innovation with the instruments of modern technology, to such magnitude as if they were something inseparable. Thing that from afar is not necessarily so, being that if we talk about innovation we will also be referring to the inventions that throughout history had, at their different times and stages, the ability to revolutionize the world. Since that is precisely the main consequence that all innovation brings: change, transform or revolutionize the modus vivendi of hominum minds; materialized in its dissemination for which not only the networks or technological instruments of today have been needed. The history of innovation provides us with a baggage of instrumentalization in which dissemination has always been protected in order to achieve that “viralization” effect, without commercial advertising or promotion of digital transmission, which compares to word of mouth transmission , away from e-mail to e-mail and posts viralized by social networks, as we are used to today, and where the activity of viralizing some kind of kindness over someone or something, by way of advertising, spreads faster and more systematically than yesterday.

Diffusion is thus something preponderant to determine innovation. All this without neglecting that, when we talk about innovation, its diffusion would not only be aimed at disseminating the qualities of the products per se, but the same term innovation results from a more intimate breakage or separation of the parts that make up its all. Thus, its diffusion is atomized in pointing out innovations in the different processes related to the production, manufacture or even distribution of a good or service, being in one of them the techniques used to achieve its own purpose. As for example, the different software softwares that unravel an operational structure in order to streamline or optimize the quality of the service and the product itself, and that is, at reduced surcharge costs.

In addition to diversity of this and the other types of innovation, we also find the one of marketing or the one based on marketing techniques, which by means of an induction of new marketing systems, promote in the companies an increase in their sales, and their possibilities to a recognized market positioning. Implementing from a franchise-based system to an innovative form of virtual distance selling, which in turn includes the famous economic incentives consisting of often granting certain discounts for taking advantage of this mechanism and other benefits, which brings together advantages of a collective nature, to consumers who have received them.

Thus, innovations are expressly aimed at altering the life habits of human beings. However, this concept seems to be changing for a few years, since after having demonstrated to break changes in our lives, they are now spreading to ensure more and more a transformation of the modus operandi of the things that surround us. In such a way that an unprecedented type of innovation arrived, which not only promises to change people’s way of life but also of the same things that until today, and perhaps not tomorrow, we could say they still need to let themselves be led by us. And what has been sown for years, although stealthily but increasingly accentuated in its purpose of disruption to our own worldview, is raising a latent threat, of which very few speak, looking more patent since “In The 2014 Las Vegas Electronic Goods Fair featured the first toothbrushes, tennis rackets and smart beds. Smart toothbrushes have sensors that record how often and how we clean our teeth, and then send the data to our cell phones with instructions on how to improve our dental hygiene habits. (…) Smart beds will have sensors that will record our breathing, our movements, and how many times we wake up when we sleep, and they will send us an e-mail with suggestions on how to sleep better (…) But other possible impacts of the “internet of things” will be more worrisome. Several pharmaceutical companies are planning to put microchips in the lids of their medicine bottles so that the bottle tells the doctor’s office if the patient is not taking his medicine when the lid has not been opened for several days. (…) And there is also the danger that things do not work as they should. We could get an avalanche of wrong calls from the refrigerator of a stranger, to warn that he has run out of milk. Even worse, in a world where we will carry sensors in the body, and in our clothing, cyber terrorism could be more dangerous than ever. What will happen when a hacker infiltrates the doctor’s computer that regulates the pacemakers of his patients? Or when a hacker wants to have fun changing the instructions to our smart clothes, so that they give us more heat or colder than they were programmed? ”(OPPENHEIMER, INNOVATE OR DIE, 37-38). Without a doubt, a threat that of course will not stop the progress of things connected online to the so-called «internet of things.»

Internet of Things (IoT), is already among us, and its presence is increasingly manifest, sponsoring an interconnection of devices with each other, extending to its own and forming modality of its same network system, what could decant into a computer threat, which would take responsibility for the own things that when storing information between them, about ourselves, would not be responsible for the misuse of it, by other people with dark intentions, who through cyber tricks would have access for unknown purposes, and with subordinate interests. We would be facing a scenario in which companies will want as much information as possible, according to that they can also feel in the ability to predict even our own decisions, which can reach the point of being able to manipulate us.

There will be data never seen before in cyberspace, about our preferences, vulnerabilities, health conditions, tastes, dreams, desires, and what we are doing lately, what things we have bought, what medicines we are taking, and if these are drugs to treat common pathology, or calm anxiety, or treat depression; what kind of clothes attract us and what places we have traveled; what is our political position and sexual preference, which of course some make them know so easily, and that one without needing to be a Big Data software operator, could access that data just by reading their publications on social networks, and that not only one but several people post either on Facebook, Twitter, Instagram, spreading various issues of his private life. Because from now on the fight will be to know inside information of each one of us, and then by adding the powerful influence of the Internet, social networks and location data in a GPS, to the internet of things, we will be Going deeper, given that by leaving a trace in each of these spaces, the possession and channeling of this data would have immense value not only for those who want to sell us something or something else, but also for government entities and political parties , who somehow want to control us, but the most worrisome even and what could be really dangerous for our own integrity, due to so much connectivity as many experts assure, our own life was put in a high-risk exposure, in front of to cybercriminals, who in complicity or motu proprio and of all kinds, from those who would like to know the most private data, which the more intimate be they, it would be more efficient in order to steal more easily from their victims, even the hitmen themselves who would not find it very difficult to know the routine of the day undertaken by their objective in order to fulfill their crimes.

All this is undoubtedly an alarm that should lead us to rethink more about the importance of Law in our lives, which takes up and highlights it once more, in order to formulate a challenge, which, at the height of the circumstances. It must reformulate a new regulation scheme that must be undertaken, with a more solid and impervious data protection policy, combined with an appropriate regulatory framework in Competition Law and related Intellectual Property and in conjunction with the Criminal Law that seeks face this challenge in an aggiornada typification of acts against privacy against citizens for a more effective regulation. Considering from the point of view of sovereignty that each country has the merit of ensuring an effective and efficient National Security policy.